Buying CBD to fight against depression: The effects of cannabis oil, testimonials and scientific opinions

In France, depression is a very common disease. L’Inserm (National Institute of Health and Medical Research) estimates that 20% of the French population will be affected by this disease at least once in their lifetime. Although depression is often mistaken for a temporary state of depression, in reality it is not. Indeed, this long-lasting pathology can become serious if not properly treated, and can even lead a patient to suicide as a last resort.

It is characterized by various symptoms more or less pronounced in an individual but which overlap: anxiety, fatigue, lack of motivation, etc… If antidepressants and anxiolytics often accompany therapies in order to help patients, other substances such as CBD can have an interesting impact on depression. Indeed, this legal molecule derived from cannabis can induce positive effects on the psychological, physical and behavioral state of an individual by acting directly on the mood of the latter.

What are the effects of CBD?

In cannabis, 2 molecules are particularly studied for their effects: THC (tetrahydrocannabinol) and CBD (cannabidiol).

This second substance is much less controversial than the first one, despite some confusion. It is found today in many products such as :

Its consumers often refer to it as a natural therapeutic treatment with relaxing effects. But, the active molecule of cannabis CBD is still under study. To date, it is not included in the list of authorized drugs as such. But, unlike THC, it is not on the list of prohibited drugs in France (1). Still under study, CBD would have little or no side effects and would not cause any addiction like its cousin molecule THC. To summarize:

Most scientific studies do not rule out the potential risk of disorders associated with CBD intake due to its origin (cannabis). However, in the majority of cases, they show significant improvements on :

These benefits would be directly related to the action of CBD on our endocannabinoid system:

A majority of tests and scientific research show real positive effects of CBD on health. If the latter are confirmed, its use could then compete with or complement that of :

Some definitions around CBD and depression 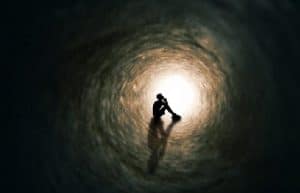 It is important not to confuse a temporary state of depression with the real pathology that is depression. However, it does not take the same form in all individuals. There are 3 common forms of depression:

What type of CBD product is best for depression?

The depressive state linked to an illness such as depression is characterized by various psychological, behavioral and/or physical symptoms

There is no depressed mood without anxiety and vice versa and this is where CBD can be interesting. Indeed, CBD has a more than interesting role in the regulation of mood by acting indirectly on the receptors of our SEC (endocannabinoid system). Although it does not really have affinities with these receptors, it does not bind to them, but it will have an action on a very specific enzyme called FAAH (fatty acid amid hydrolase). This enzyme regulates the concentration of anandamide by degrading it. In the presence of CBD, FAAH is impaired in its function. This discomfort then allows the concentration of anandamide to increase significantly.

Anandamide is an endogenous molecule that participates in the regulation of memory, pain, cognition and especially emotions. It is sometimes described as the “happiness hormone”. Therefore, by preventing the degradation of this molecule, CBD causes a relaxing effect particularly relevant to help a person to get out of a depressive state. In addition, a study from 2019 (3), shows a favorable impact on serotonin release in the presence of CBD. Mood regulation is therefore optimized while reducing anxiety.

What type of CBD product against stress?

With the democratization of CBD in recent years in France and around the world, the range of legal cannabis products has greatly diversified:

Each product meets the needs of a specific type of absorption and, as a result, the expectations of increasingly heterogeneous consumers. Despite this,

Cannabis flowers and quality resin remain the most potent popular products. Indeed, their nature allows modes of absorption that optimize the bioavailability (power, quality and speed of effects) of the CBD molecule. As this type of consumption does not undergo digestion (sublingual for the oil and by vaporization for the flowers and resin), cannabidiol is indeed more quickly assimilated by the organization. The oil will have the additional advantage of being able to be dosed more specifically according to the real needs of the individual concerned.

What is the best CBD product for depression?

Like any consumable (food, beverages, …) that respects itself, before buying an item with CBD, it is important to choose the product well. Thus, the consumer gets the best benefits of CBD without the deleterious effects of a questionable composition:

offers products free of any reproach. Push the door of our Bistrot with closed eyes and choose among our flagship products with confidence.

Before purchasing any CBD anti-stress product, we recommend consulting a physician. Especially if you are already taking a treatment (antidepressants, anxiolytics, …) and this, to avoid any interference between the molecules.

What type of CBD product is best for anxiety?

The symptoms of anxiety and their intensity are varied. Whether these symptoms are physical or psychological, they can have a real impact on the daily life of the anxious person:

As mentioned above, anxiety is a factor in depression and vice versa. The one is not without the other! Therefore, if the treatment of a depressive state (antidepressants) is not the same as the treatment of anxiety (anxiolytics, psychotherapy, etc.), any action that reduces anxiety will lead to a decrease in the depressive state and vice versa. Therefore, the intake of CBD can have a real relevance to help an anxious patient to relativize the negative anticipations induced by his pathology.

As before, we note that taking CBD in the form of cannabis oil can be the most relevant in terms of dosage and effectiveness since the absorption of this product by the body is optimal (especially when taken sub-lingually) and that this product allows a very specific dosage for each individual (number of drops, concentration of the product, frequency…).

Can using CBD be dangerous during depression?

In November 2017, following a meeting of drug addiction experts, the WHO reports on the current health status of CBD: 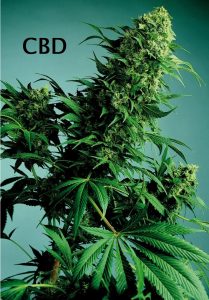 Side effects of CBD and drug interaction

Based on this report and on the numerous testimonies of consumers of CBD products (oils, resins, flowers, candies, …), this substance extracted from cannabis would not present any danger. However, some side effects may be described:

Can CBD help with antidepressant withdrawal?

Studies conducted at the São Paulo Research Foundation (FAPESP-São Paulo) grant a commendable benefit to CBD on depression. A single dose of cannabidiol would provide prolonged effects (for 7 days in rats) against this disease. This work presented in the journal Molecular Neurobiology (4) suggests that CBD activates mechanisms that repair neuronal circuits in the prefrontal cortex and hippocampus (brain area particularly involved in depression). Some symptoms would decrease the same day and the beneficial effects would be maintained for a week.

This result is particularly interesting. In fact, antidepressants take an average of 2 to 4 weeks to have a significant effect on a depressed person. The CBD would thus act more quickly, more effectively and in a more prolonged way than the traditional antidepressants.

Other studies are trying to show that CBD, in addition to being a fast-acting “antidepressant”, could also improve an individual’s response to conventional drug treatment. And this is if they are taken in association.

CBD does not reveal any toxicity as a pure molecule. Moreover, it proves each day a little more its usefulness in the “better being”. However, it can interact with other substances. So beware of drug interactions! Depression is a serious illness. Therefore, before any self-medication with CBD as a therapeutic treatment (stress, depression, anxiety, …), it is preferable to talk to your doctor.

In France as in many countries in Europe, the consumption of CBD products is booming. The majority of opinions regarding the effects of CBD on stress, depression, lack of motivation or anxiety are positive. For all thatIt is important to remember that depression can lead to very serious problems in an individual who is not properly treated. If the use of CBD causes little or no side effects, no change in the state of consciousness, no addiction or dependence and no proven toxicity, the consultation of a doctor is necessary before any self-medication. This is to prevent a potential drug interaction and/or worsening of symptoms related to depression. Indeed, if CBD is not a drug, it is not a medicine either at the moment!