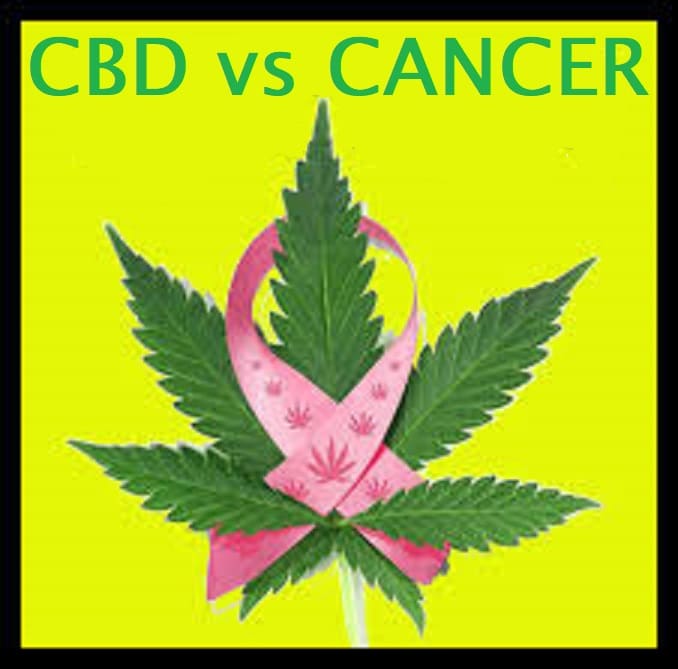 THC (tetrahydrocannabinol) is one of the best known cannabinoids contained in cannabis. However, in recent years, another cannabinoid, CBD (cannabidiol), has been in the news! Once we put aside the amalgams ”

“Today, CBD is rather synonymous with: benefits, marketing and legality. Indeed, many testimonies praise its analgesic and relaxing action. They are therefore undeniably the key to the success that this cannabic molecule knows, but not only! In fact, more and more studies are supporting these positive testimonials. However, because of its plant origin, scientific studies regarding the mechanisms and targets of CBD on the body are still complicated to practice. However, there is no longer any question of associating it with a drug. Its toxicity put aside and its soothing virtues widely reported, can CBD be a natural alternative to fight the disease of the century: cancer!

Often misnamed, cancer actually refers to a group of very different diseases. In fact, to put it simply, it is the very origin of the cancer cells that will determine one type of cancer rather than another. We talk about: lung cancer, liver cancer, pancreatic cancer, breast cancer, prostate cancer… From a biological point of view, a cancer arises from a dysfunction of the program of certain cells of the body. Once transformed, the cancer cell multiplies to produce other dysfunctional cells that will in turn proliferate in an uncontrolled and excessive manner to eventually form a mass or tumor. If initially the proliferation of cancer cells is localized, later the surrounding tissue or tissues may be affected. And so on until we talk about generalized cancer.

Lung cancer, also called bronchopulmonary cancer or bronchial cancer, is a disease of the cells of the bronchial tubes. More rarely, cancer cells line the lung alveoli. Like most cancers, they develop from a normal cell that malfunctions and then multiplies in an uncontrolled way to form a mass: the malignant tumor.

Without chemotherapy treatments, the tumor will proliferate:

Unfortunately, it is not uncommon for cancer cells to break away from the bronchial cancer. In this case, these new cancer cells can migrate by blood or lymphatic way towards other organs (brain, bones, liver…). They are then likely to form new tumors: 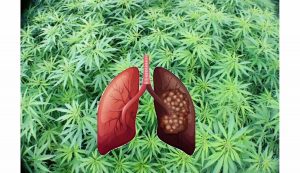 Liver cancer often results from a complication of chronic disease such as cirrhosis of the liver. In France, these cancers affect approximately

Liver cancer is characterized by the development of one or more cancerous nodules in this organ. Because this cancer does not cause symptoms quickly, it is often diagnosed late and late. This results in heavy, invasive and complicated treatments that cause severe side effects (nausea, stress, pain, etc.).

At this time, it is impossible to claim that CBD is a cure for all forms of cancer. On the other hand, this molecule derived from cannabis, with relaxing, soothing, analgesic, stimulating properties, etc., can be for cancer patients, a relevant help to relieve some symptoms related to the disease itself or to drug treatments (chemotherapy, radiotherapy, …) known for their very heavy side effects (anxiety, loss of appetite, chronic pain, …).

Chemotherapy is the most widely known treatment for cancer. This general treatment aims to destroy, prevent or at least limit the proliferation of cancer cells throughout the body. While chemotherapy is generally referred to as chemotherapy, in reality there are many different chemotherapy drugs. These are often combined with each other to increase the effectiveness of the treatment.

The drug synergy of a chemotherapy effectively reaches the cancer cells. It does not, however, allow them to be strictly targeted. The result is a disease of the healthy cells. The latter will then multiply rapidly and, as a result, will cause heavy side effects such as :

These side effects are temporary and vary from one treatment to another and from one individual to another. However, they remain very difficult to bear physically and morally for the patients.

It is thus on the quality of life of the patients that CBD intervenes positively. Indeed, today, some virtues allocated to CBD are no longer to be discussed:

Thanks to its properties, CBD allows a patient to apprehend more serenely his anti-cancer treatment and thus, to optimize it, by preventing at best the side effects related to the drugs.

On many websites, cannabis is often associated with cancer. If to date, no scientific research admits that cannabinoids cure a form of cancer, on the other hand, the use of therapeutic cannabis in the form of oil, flowers,

or other hemp products is no longer in doubt as to its effectiveness in improving the quality of life and health of a patient undergoing chemotherapy.

Today in France and in the world, pets have a real place in the family. The life expectancy of a dog is shorter than that of a human. However, it is not uncommon for the latter to develop cancer as well. As for human health, many veterinary products exist to treat animal tumors. However, the cost of these treatments is very high and their effectiveness depends on the animal itself and the progress of its disease. It is also not uncommon for an animal with cancer to be too old to undergo chemotherapy. As a result, an owner can quickly find himself helpless in the face of his dog’s pain.

Can CBD be a natural alternative to improve the health of this 4-legged friend?

The intensity of pain from a tumor or the side effects of a drug can affect the motor skills, mood and appetite of a living organism. As a result, CBD products such as fullspectrum organic CBD oils that retain the majority of hemp’s cannabinoids (except THC) can be real allies. Indeed, they allow to optimize the quality of life of a dog by relieving him of the inconveniences induced by the disease itself or the treatment.

Whatever the type of CBD product (flowers, oil, resin, balm, capsules ..), its effectiveness will depend directly on its concentration in CBD. However, for a dog, CBD oil (preferably organic) will be particularly relevant. The latter allows a simplified use and a precise dosage in cannabinoids. 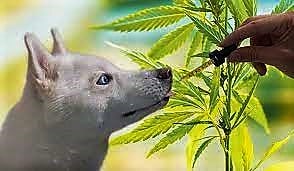 In France and in all the countries open to CBD hemp, the majority of consumer testimonies all converge towards the same trend:

More and more scientific research tends to confirm these testimonies. But, for the moment, no study has confirmed the hypothesis that :

The individual testimonies of remission or total cure of a cancer by CBD that flourish on the internet are therefore to be taken with caution. In fact, for a scientific study to demonstrate such effectiveness, it is necessary to multiply the experiment by applying it to a sufficiently large panel of individuals.

To date, there are more than a hundred scientific articles reporting on the effects of cannabinoids on cancer. But all these studies are still at the preclinical stage, in vitro, or carried out on mice. The state of scientific progress in vivo on humans is not sufficiently advanced and/or relevant to be able to affirm that cannabis cures cancer.

To conclude on CBD vs Cancer…

To claim that CBD products such as

On the other hand, the benefits of CBD on the mood, its ability to relieve certain pains, its effectiveness to fight against stress and its propensity to regulate the appetite, are as many qualities which make this cannabinoid, a saving molecule for all the patients suffering from a cancer requiring heavy treatments (chemotherapy) and the side effects which go with.

For your health, it is advisable to seek medical advice before taking any self-medication. This recommendation is to avoid any drug interactions. Cn contrast to the psychotropic THC, CBD (oil, resin, icerock, moonrock, ..) is not dangerous to health. However, it can inhibit the action of a treatment or cause unwanted drowsiness.