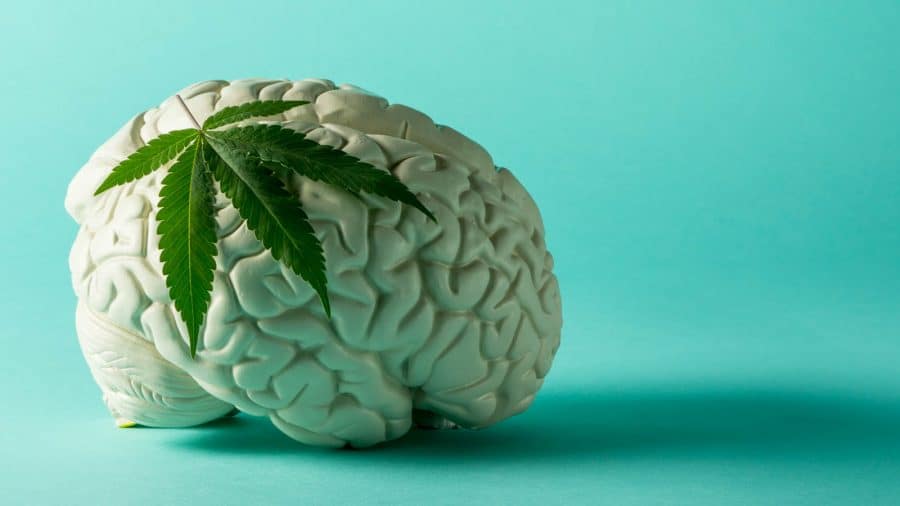 How does CBD act on the brain?

Cannabidiol (CBD) is one of the cannabinoid molecules produced by cannabis, second only to THC in terms of content. These are cannabinoids of plant origin or phytocannabinoids. We can characterize these substances, thanks to their capacity to act on the cannabinoid receptors. These constitute the endocannabinoid system. It is important to know that THC is the main psychoactive ingredient in cannabis and can be used in medicine. CBD, on the other hand, is not psychoactive at all, and has many potential medical applications. It is these properties that make CBD an interesting therapeutic agent. Nowadays, cannabidiol, tends to be more and more popular. On the other hand, there are still people who are unaware of its action on the brain. Let’s discover the effects of this substance on the brain and the nervous system.

Cannabidiol, a cannabinoid of plant origin

The cannabidiol molecule was first discovered in 1963. Also known as CBD, this molecule is extracted from the plant
Cannabis Sativa
which is also called Indian hemp. These plants of the cannabinaceae family include a high content of chemical compounds. At this time, researchers have referenced more than 100 varieties. Many of these components are of great value, especially to scientists, who work day and night to ensure our health. There are many interesting molecules, but CBD is still the most promising. By the way, it has been discovered that cannabidiol is an ally for the health of the body, and the mental health of a human being, despite the fact that it has always been associated with its psychoactive colleague which is none other than THC.

What makes CBD different from THC

Today, CBD and its use is made legal on the French market, because of the fact that it represents an asset for the body and therapeutic treatments. However, this is not the case with THC, tetrahydrocannabidiol. The latter is seen as a
drug in France
. THC produces numerous psychotropic effects on the human body, and represents a considerable long-term health risk. It is also important to remember that the sale of this type of drug can lead to violence. Consuming cannabis for recreational use and rich in THC, is not legal in France. Moreover, the consumption of CBD is legal at the moment.

The receptor systems in the brain

In the brain, we can find several cells that are highly specialized. These cells are called neurons. Each neuron is connected to many others through structures that are known as synapses. These are sites, which present a neuron that is in communication with another by releasing chemical messengers: neurotransmitters.

It is not only to the neurotransmitters naturally produced in the brain (dopamine, serotonin, etc.) that the brain receptors are sensitive. They are also sensitive to chemical messengers produced outside the body such as plant cannabinoids. This is particularly true of THC and CBD. That’s why, when you swallow a substance or inhale steam, the compounds produced by a plant can enter your body without any problem. These can then enter your circulation and end up in your brain. We understand then their influence on your nervous system. When they reach the brain, these compounds of plant origin can therefore influence brain activity by reacting with the receptors of the neurons.

It is worth noting that not all neurons interact with these compounds. But only with those who have the appropriate receptors.

The effects of CBD on the brain

By discovering substances like THC and CBD, scientists have been able to learn a little more about the brain. By clarifying all that concerns these molecules, we were able to discover the functioning of the endocannabinoid system of the human body. The endocannabinoid system is an unsuspected system, although it is part of the body. It is with this system that the different cannabinoids interact.

When an individual consumes CBD, it circulates in the body, reaching the endocannabinoid receptors. It is then through these receptors that it can reach the neurons and their neurotransmitters. Cannabidiol reaches the brain. Moreover, there is also a communication between CBD, the central nervous system, as well as the rest of the body. This could be discovered by neuroscience that brought to light the fact that the receptors of the endocannabinoid system are present throughout the human body.

CBD reaches the synapses in the brain, leading to a neural connection that releases its therapeutic properties.

CBD is also able to influence many non-cancerous receptors in the brain. Indeed, it reacts with receptors sensitive to certain varieties of drugs and neurotransmitters. These are the opioid receptors, which are known for their pain regulating properties. It is these receptors that are primarily targeted by pharmaceutical painkillers and drugs such as morphine, heroin and fentanyl.

The therapeutic effects of CBD

Following the various studies carried out by scientists, CBD could be a therapeutic supplement with beneficial effects on the body and mind. This substance is used as a support and acts on the body in many ways.

Cannabidiol and its side effects

Cannabidiol is a substance that is considered to be therapeutic or medicinal cannabis. Although this product has a long list of benefits, it does have some drawbacks. Indeed, we all know that each body reacts differently, as each organism is different. For this reason, it is possible that a person experiences migraines, nausea or diarrhea when consuming CBD. There are several reasons for these types of adverse effects that occur with cannabidiol use. This can be because of a high dosage, or a bad quality of CBD or just intolerance to this product.

Faced with these reactions, it is strongly recommended to seek the advice of your doctor or an experienced salesperson before consuming. If after consuming CBD you experience these side effects, you should not hesitate to go to a professional to find out a little more about what is happening to you.

Just like CBD, the products made from this substance have the same effects as it. CBD oil, is a product that is sold on the market today, but at a fairly high price, given the concentration of CBD present in this product. Unlike THC, this substance is not at all psychoactive. Therefore, it is considered safe and legal. To be sure you are choosing a quality CBD oil, you need to consider the origin of the hemp. The latter must be mentioned on the product label. Despite the fact that France is the 2nd largest producer of hemp in the world, there is not much CBD that is of French origin. The quality of the CBD oil, also depends on the quality of the hemp.

Hemp is a plant that is very resistant and does not require much water to grow. In addition, it does not require the use of pesticides, but requires a lot of fertilizers such as nitrate and potash.